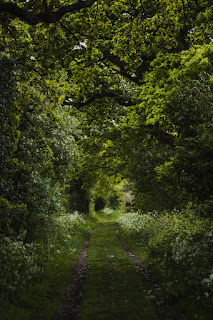 I'd read and I'd studied tirelessly, early mornings, late nights, desperation driving me on.

I'd pored over old maps, followed old paths and trails.

Interviewed people who claimed to know the way.

Paid out good money for information, so far all to no avail.

I didn't fit into my family, the relationship was scratchy.

Not unkind, not at all, just a lack of understanding.

When Granfer first described me as a changeling Ma had shushed him.

But the word had stuck, was I a changeling was that why I didn't fit.

I'd spent a long time trying to work out when I first arrived in the family.

There were no photo's of me as a tiny baby, just as a toddler.

Ma claimed this was because they didn't have a camera when I was first born but this wasn't true as there were photo's of Ma with a huge tummy and of my older brother Jimmy at the age he was when I'd been born.

Then she'd found a photo after Gran had died, just one, of a large dark haired baby propped up in the arms of my brother.

On the back, the legend Jimmy and Mary.

When had I stopped being Mary and become Marigold?

How had that large dark haired baby turned into a tiny blonde toddler.

I'm convinced I'm was on the right track literally, I'm walking along what looked like a disused railway track.

Up ahead was a circle of light, this, I'm convinced i the entrance to the fairy realm, the place I really belong.