My take on the latest writing prompt. 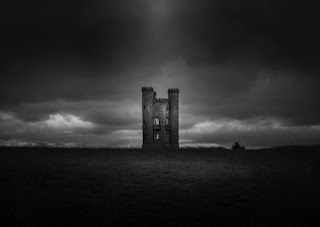 Photo by Zoltan Tasi on unsplash

'It's an elephant' announced Joey.

'Tis not it's a castle with two turrets', said Mikey.

'It's definitely an elephant' Joey insisted, 'look there's it's ears, eyes and one tusk'.

'That's not a tusk it's a window and there's a light on. Elephants have two tusks so why's it only got one,' said Mikey.

Julie listened to her five year old twins arguing over the photograph. She'd spent ages looking at it, trying to think of something to write. It was a writing prompt after all. Unfortunately her mind was still a blank, but at least she knew now that Joey needed his eyes testing. It was definitely a photo of a castle.
Posted by Hard up Hester at 12:02